MAY-DAY IN JUNE: “To sing on the Streets”

with new works by

Music exists among calamities of many eras. Sometimes it gave expression to them, sometimes its composers engaged with the social struggles against them. None more so than Hanns Eisler, whose works in this program span from the streets of 1920's Weimar Germany to the post-war years and collaborations with Bertolt Brecht in the USA and East Germany.

George Dreyfus, dean of Australia's composers, has joined the Scot Thea Musgrave in the rare ranks of musical history who continued to write new works well into their nineties. Since 2019 he has composed a choral trilogy reflecting on specific catastrophic events in Nazi Germany, from which he escaped with his Jewish family, arriving in Melbourne at age 11 in 1939. The first two works are heard in this concert, recalling a failed action by a Jewish Communist group in Berlin in 1942, and the failed assassination attempt on Hitler in July 1944.

Themes of historical darkness and light, of mental states and refugees, are taken up in the other new choral works of the concert by Kym Dillon and Barry McKimm, and in Elisabeth Lutyens' 1942 setting of W.H. Auden's "Refugee Blues". The multiple rhythmic energies of outdoor drums in Eisler's street choruses extend into new solo percussion compositions by Andrew Byrne and Richard Sanderson.

With responses from composers (2022) 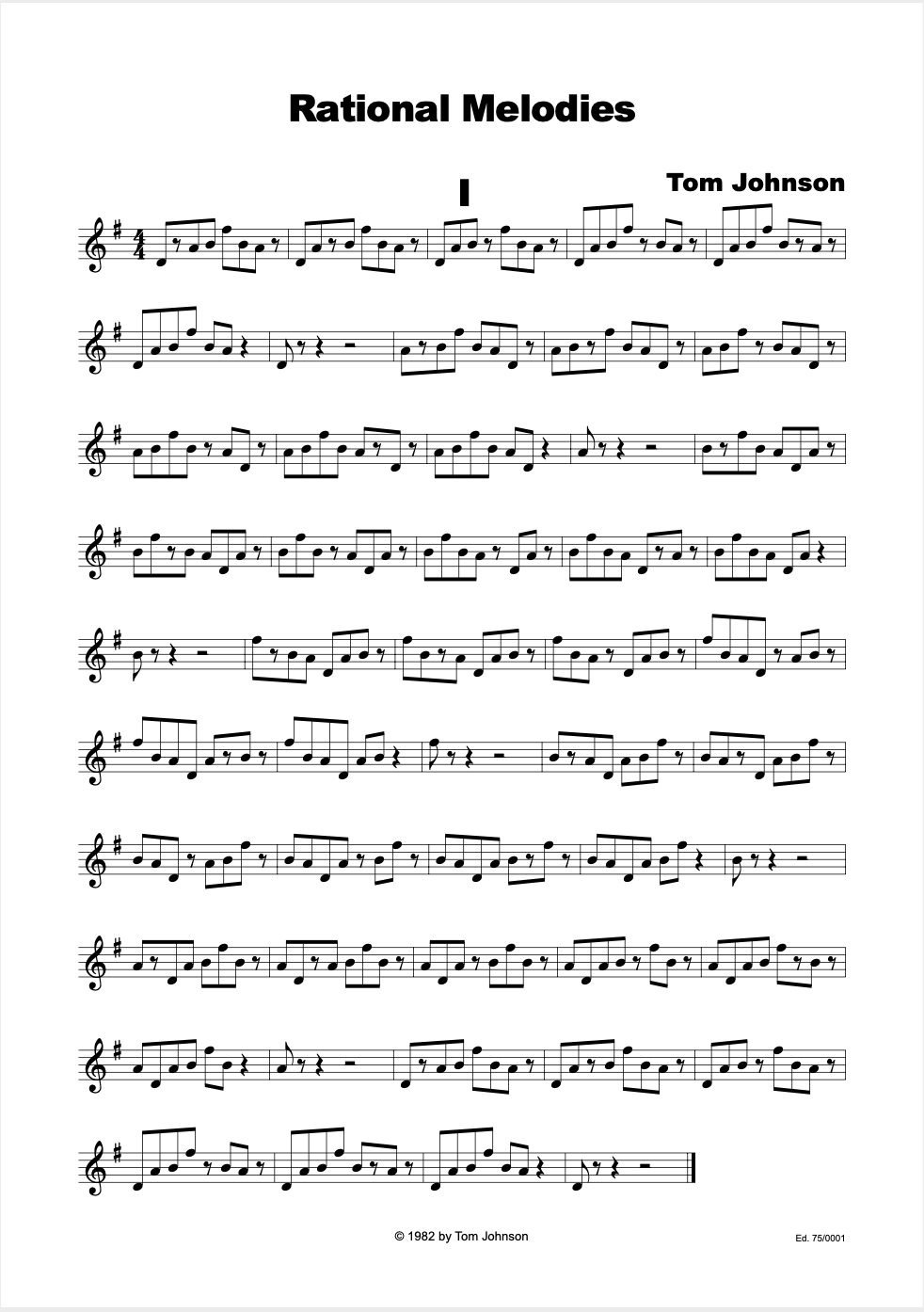 A milestone of the American experimental-minimalist tradition, Rational Melodies by Tom Johnson receives its first Australian performance in a glittering mix of keyboard sounds.

Also included are commissioned works by six Australian experimental-minimalist composers who come together for the first time to offer individual reactions to Tom Johnson's piece.

Lead-up Event at the Grainger

Duos in motion, with rational words

A week earlier on Saturday 20 August, Rational Melodies is introduced in a reduced program of solos, duos and commentary - specially designed for the layout of the Grainger Museum. This 'concert in motion' is an introduction to Johnson's landmark work..

Rational Melodies is supported by The City of Melbourne Arts Grants and the Meat Market Studio Program.

Anti-World & World presents new works by Anthony Pateras and Erkki Veltheim, continuing a two-decade collaboration that has explored the porous margins of composition, improvisation, musique concrete and psychoacoustics via dozens of performances, recordings and texts.

This concert features premieres of two Pateras/Veltheim duos (Harpsichord/Mandolin and Banjo/Virginal) and two electro-acoustic quintet compositions, for which they are joined by some of Australia’s leading exponents of new music: Alexander Garsden (Guitar), Chloë Sobek (Violone) and Lizzy Welsh (Viola d’Amore).

Pateras and Veltheim’s shared worldview has compelled them to employ music as a barricade against the inescapable drive towards consumption, convenience and commodification. In this concert, they are interrogating our communal corporeal and psychic absorption by internet-based technology, informed by key thinkers of techno-skepticism from the last 10 years, such as Nicolas Carr, Evegny Morozov, Isabelle Stengers and Shoshanna Zuboff.

This concert traverses a dark path, from the Thirty Year Wars, with the epic expressive Requiem of Heinrich Schütz, to George Dreyfus's quietly dramatic memorial for a relative lost in the Shoah. Composed in his 94th year, this newest piece completes a trilogy of historical reminiscences for choir, the first two of which were performed by the Astra Choir in June.

Further 20th-century images emerge from a rich psalm setting of Carl Nielsen, from Schoenberg's lustrous vision for 'Peace on Earth' in the early century, and from Anna Akhmatova's transcending of destruction in the setting of Helen Gifford.

The concert also commemorates composer Martin Friedel following his death in early November. Allan Walker has composed his setting of Paul Celan for this occasion, and Martin Friedel's own music is represented in an environmental soundscape of a city park, and in his setting of Horatio's dark closing speech in Hamlet.

Watch and listen to the full range of Quarter-Hour concerts